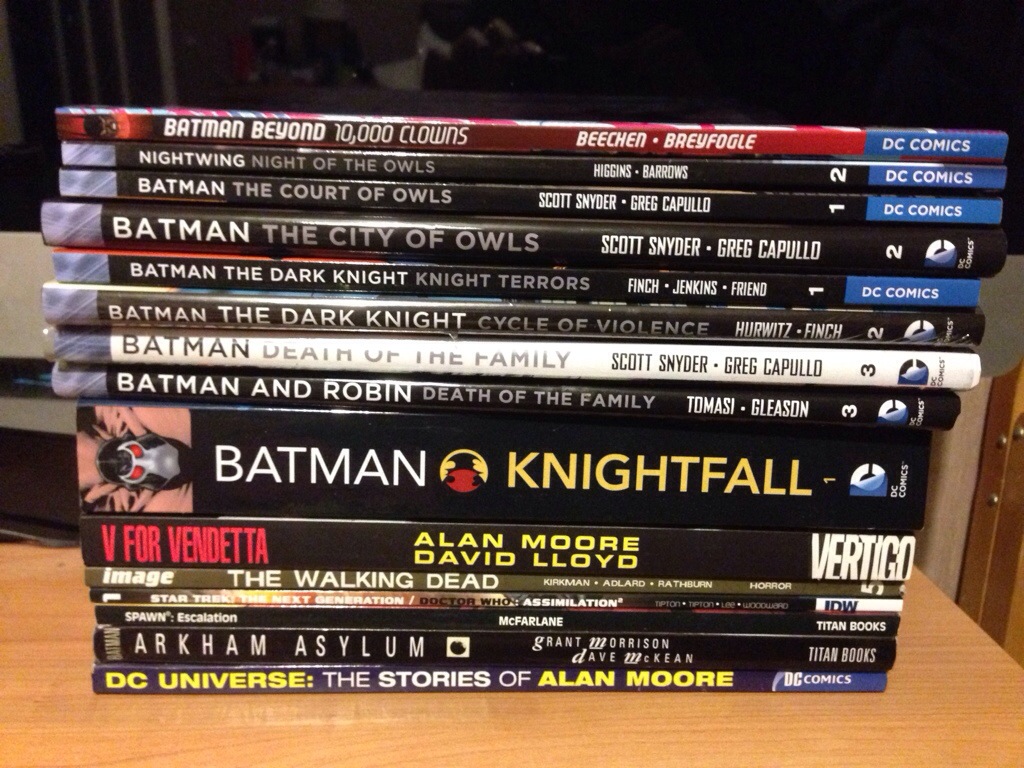 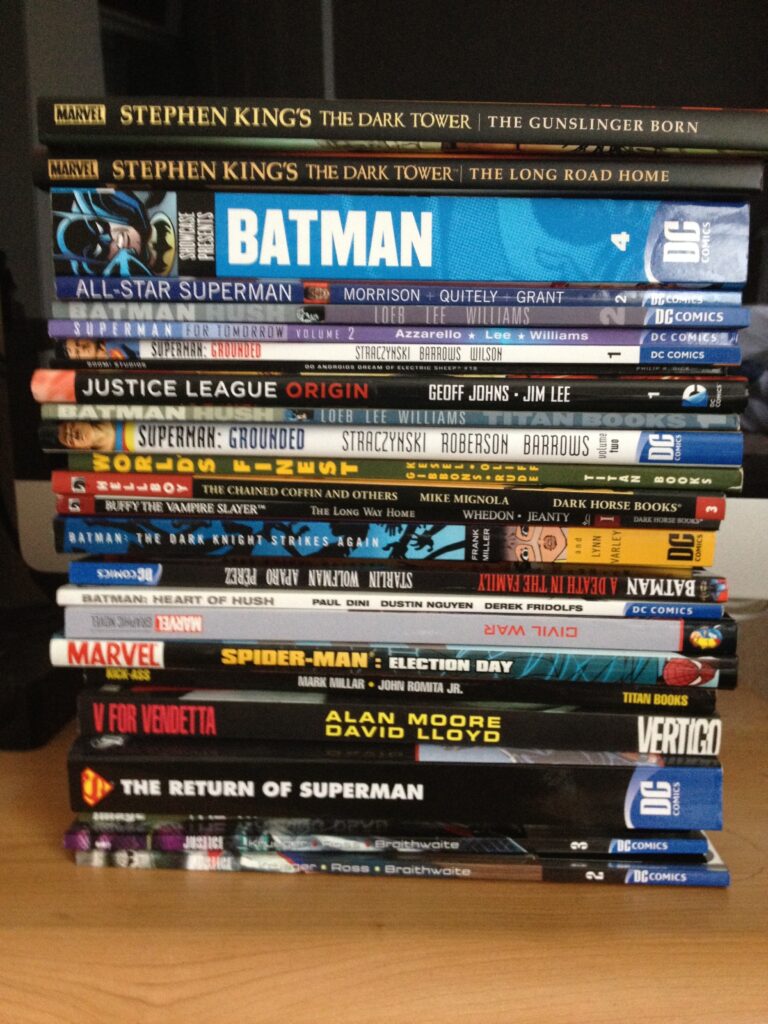 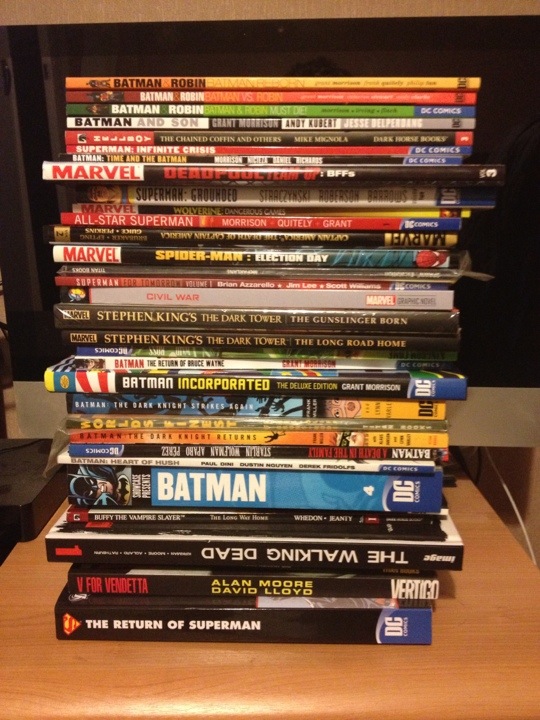 Okay, I will admit that this today list thing is really getting out of hand. I have got kind of obsessed with Grant Morison’s batman RIP series. I have been buying as much batman as I can find. I really thinking of branching out to other types of graphic novel all through this list.

Starting an on going series of what am I reading right now, all the graphic novels I have lying around that I am yet to read.