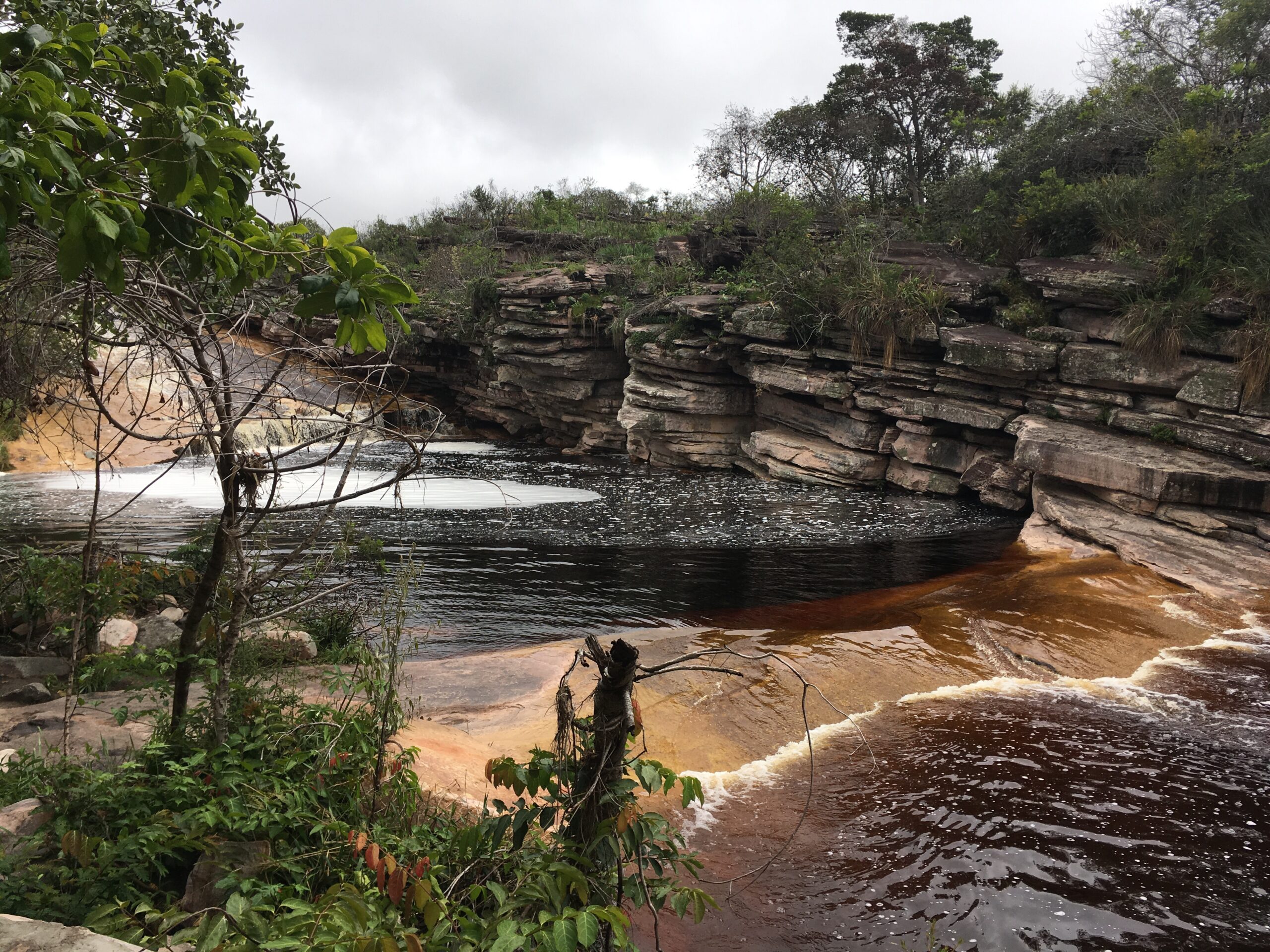 Today was a big day. Getting in late last night, the host at the hostel pushed a number of the local tours on me. Being pretty tired at the time, I was not in the mood for the sales pitch but I agreed to do tour 1 to get the host off my back. What I great choice this was. Researching online will not bring up a massive amount (in English or otherwise) about the national park. It is a little unknown gem that only those in the know go to. Which is why the town is so small and still beautiful. With little information to be found online, I thought a guide at least for the first day would be a good idea. Luckily the host picked out a company that had guides that speak English, which is no mean feet, as many of the other tour companies didn’t, as I was later to find out. Waking early, I had the hostel’s breakfast and made my way to the bus. Getting on the bus, the guide introduced himself. He was a nice and friendly guide named Daniel. The bus were a nice group of people included families and group couples. It turned out that everyone a part from me spoke Portuguese . But the guide was cool with doing the talky bit twice, once in English for my benefit. I meet a really nice Korean guy named Cho, who spoke really good English ( and 6 other languages to boot) and we became fast friends. 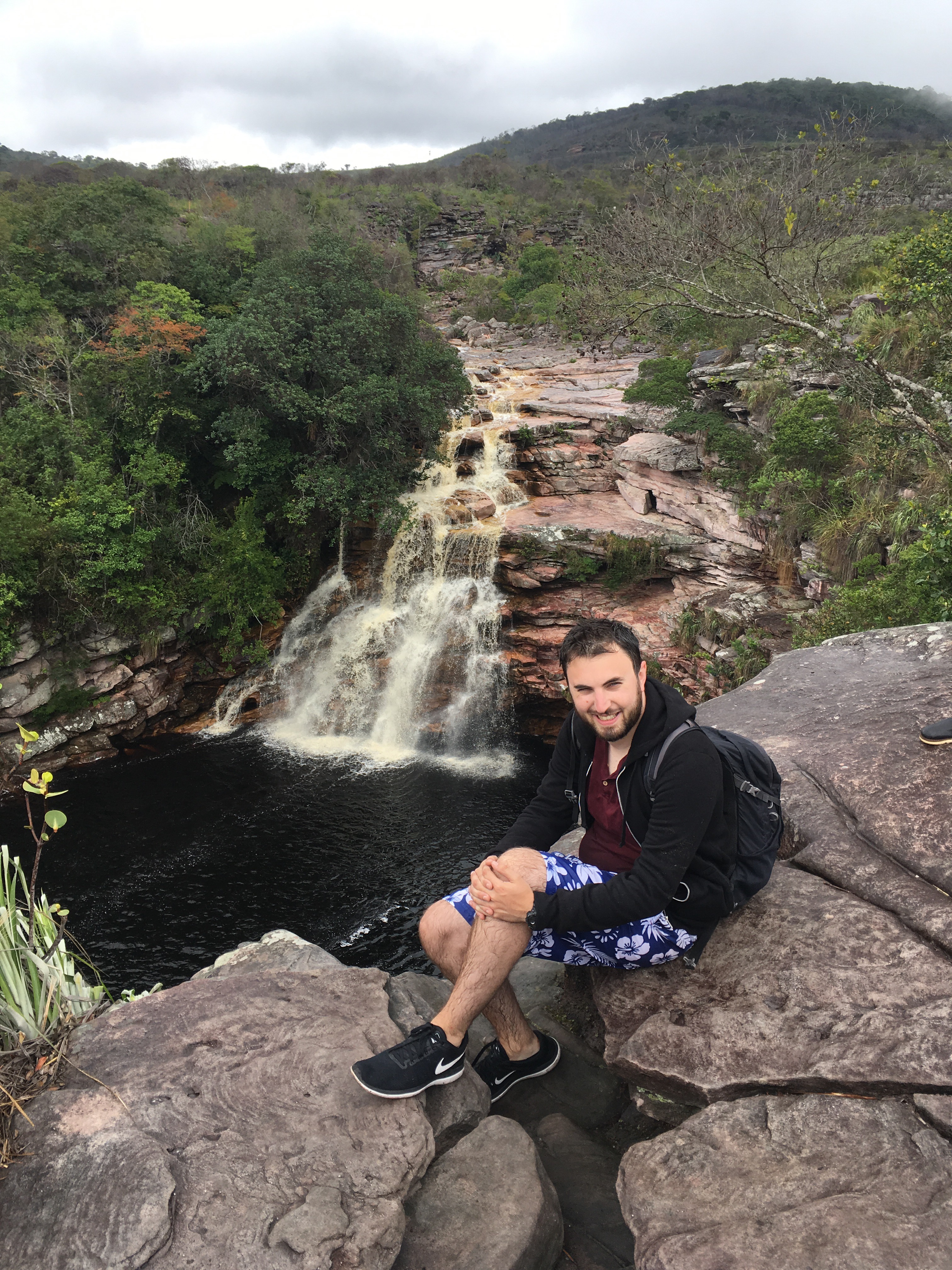 First stop on the tour was a waterfall. See picture below. What you may notice about the water is that it is brown. This at first seemed very odd, but as daniel explained, it is a feature of the area. The water is stained by organic matter that washes down for the hills. This gives the water the brown colour and makes a natural tea of the water. The colour is harmless and is meant to be really good for your skin if you swim in it. At the first waterfall, we all jumped into the water. WIth some work we all made our way too the falls. It was hard going, but amazing to dunk your head under the water of the falls. 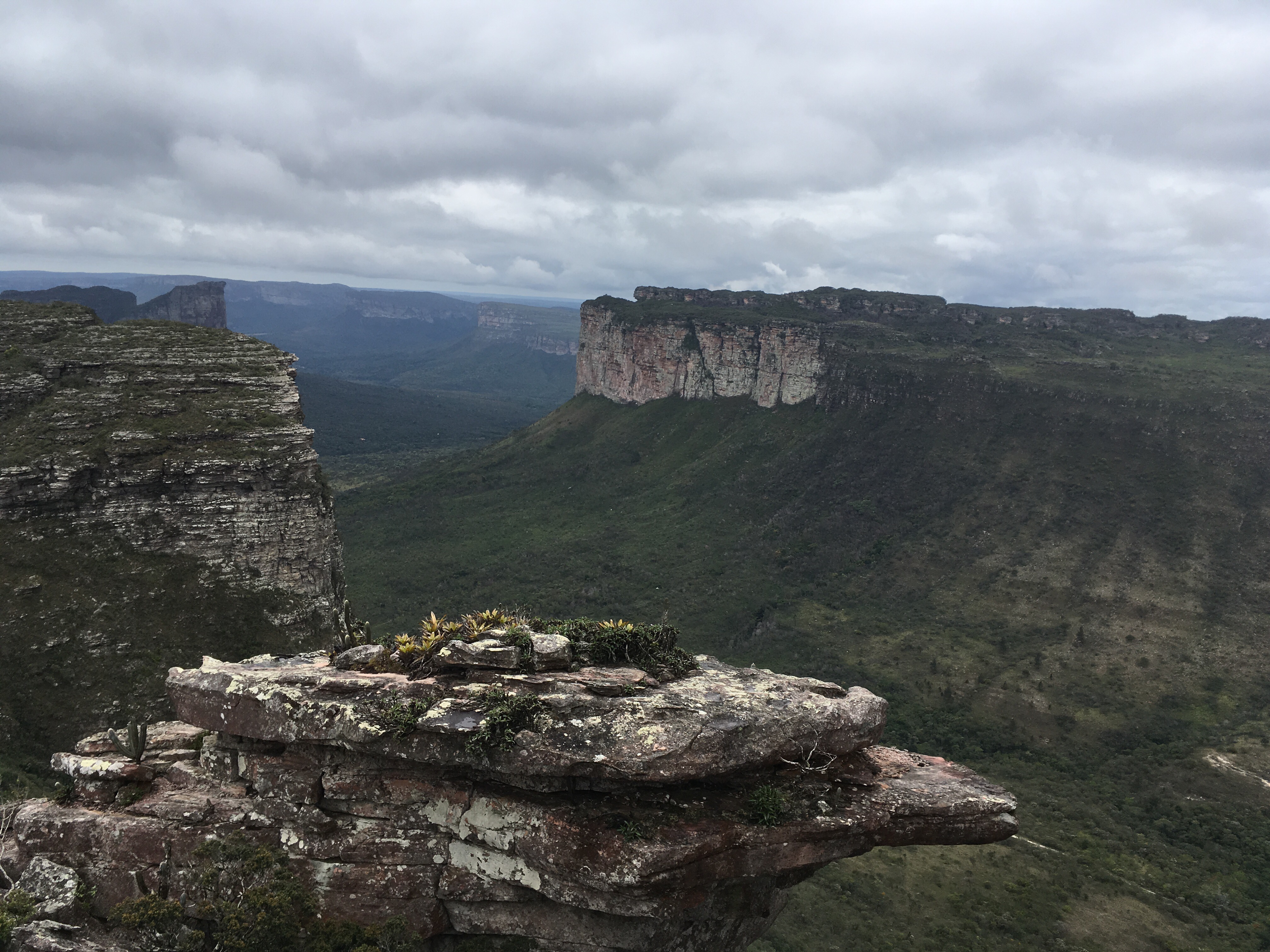 Next we went to a hill that gave great views of the local area. Daniel explained that these hills were special as they used to be at the bottom of the sea and were made from different levels of bedrock. 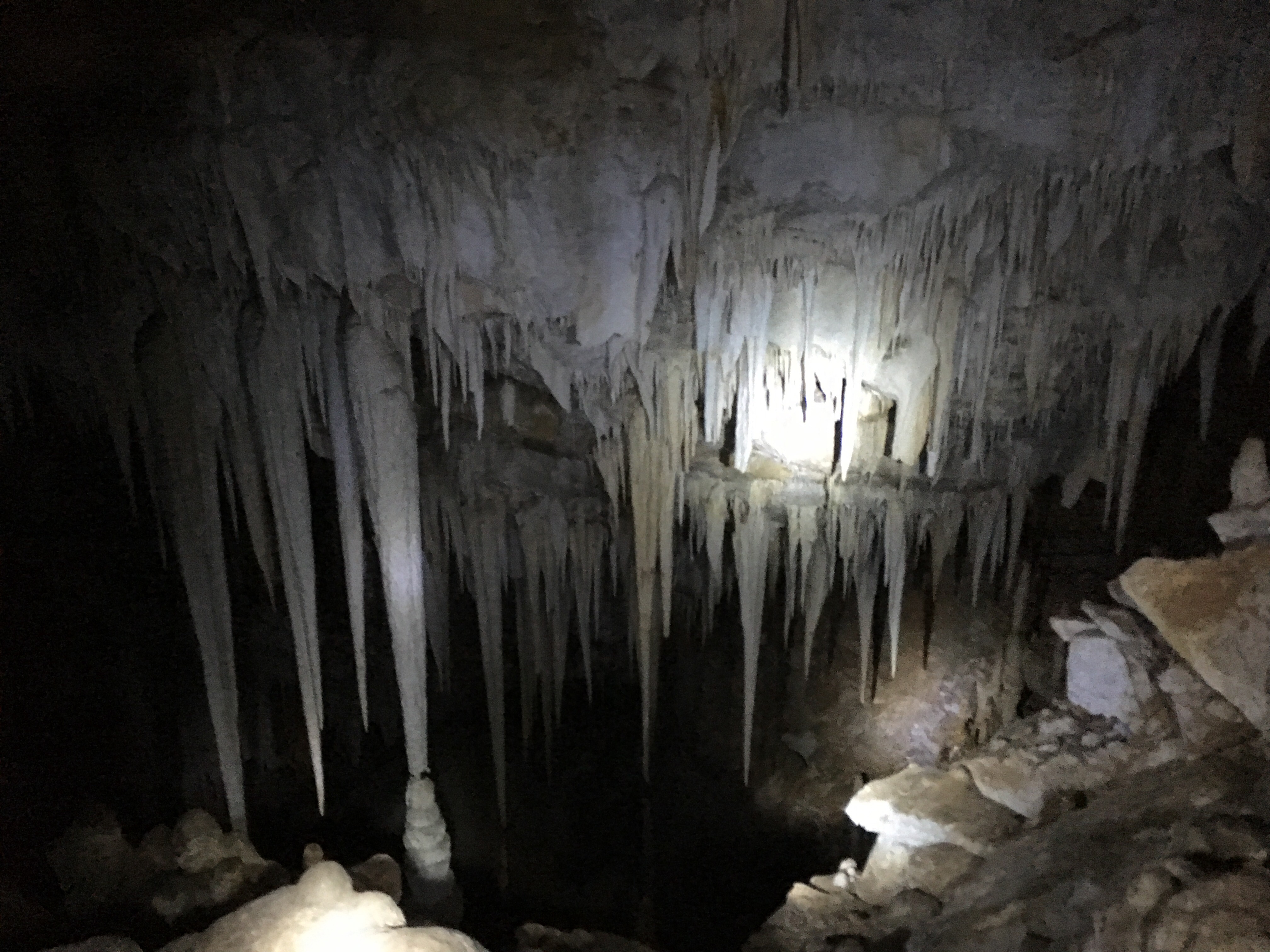 Next we went to a cave, that had some of the most of amazing geological shapes I have ever seen. The guide explained difference between stalagmite and stalactite. That they take 33 years to grow even 1cm. He showed us the shapes that the early man saw in the rock. There was also a family of bats to look at. 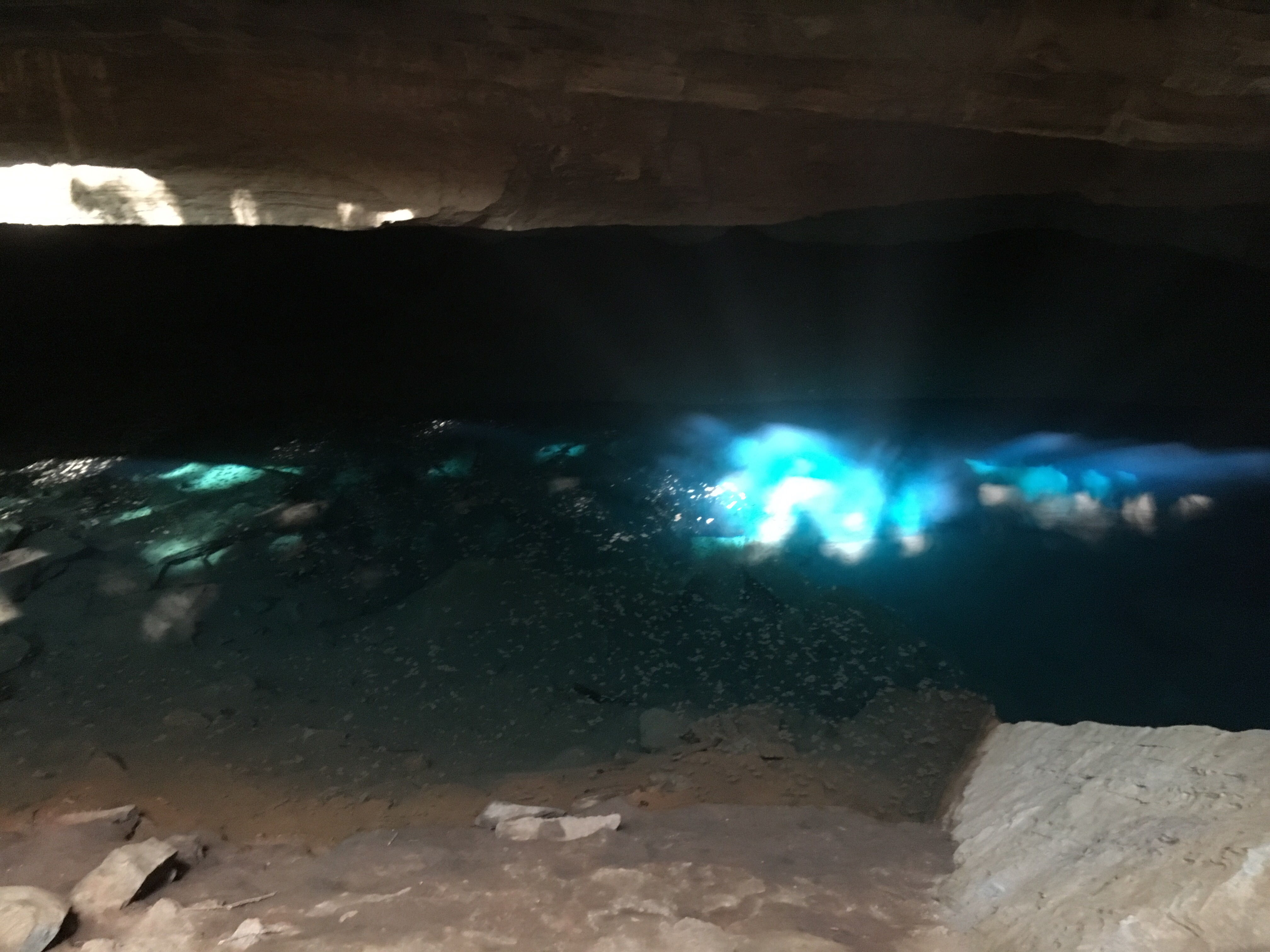 Driving for another 45 minutes, we were taken to a series of pool. The first was a bright blue pool. The guide explained that the blue was an effect that came from sunlight hitting the cave wall and reflecting in the water. Whatever it was looked amazing. 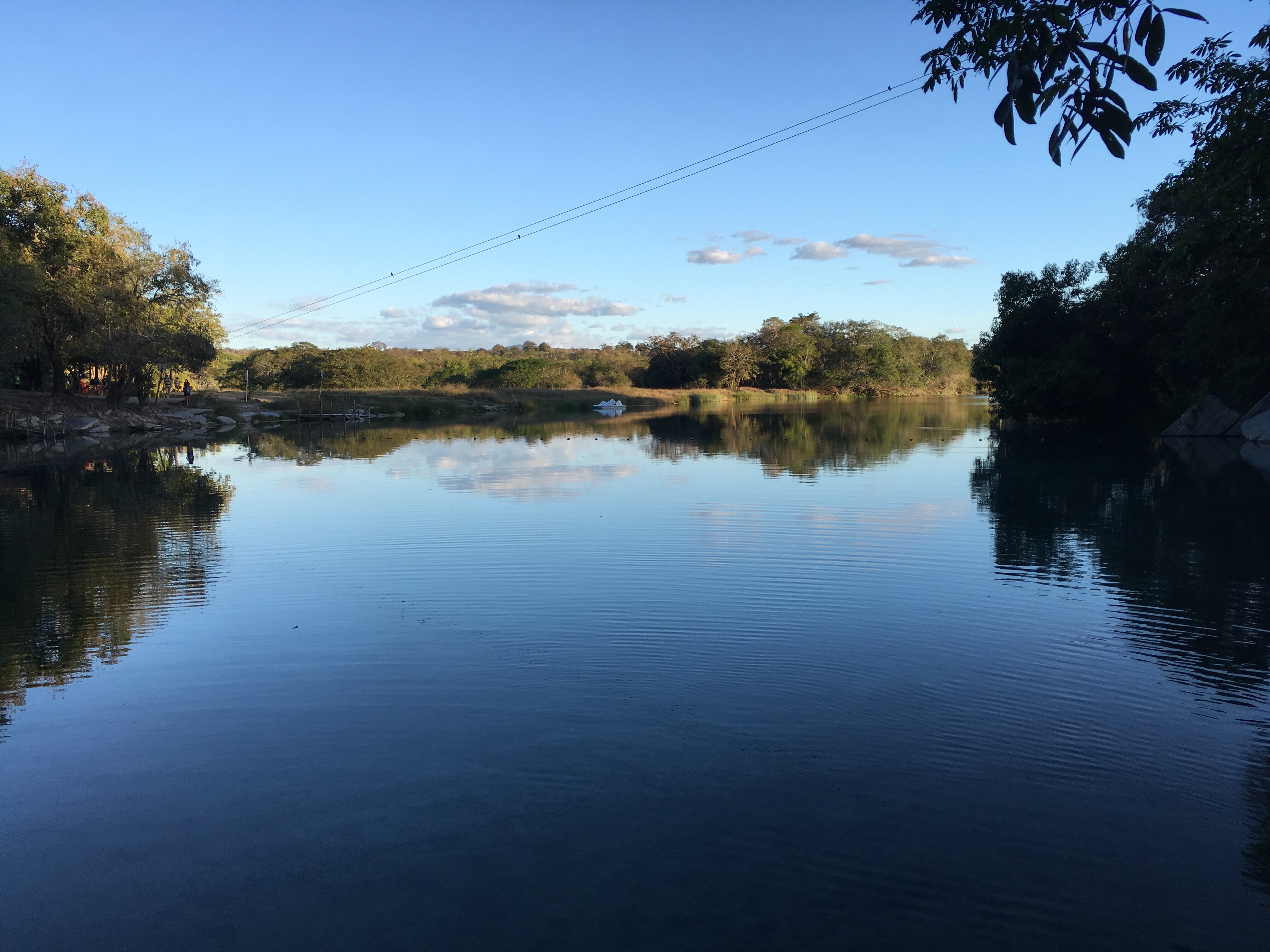 For the final event of the day, we went cave swimming. This cave was about 700m into the rock and your went with the a snorkel. The swim took around 35 minutes, there and back. It was amazingly quite, with only the sound of your own breating and the light of the waterproof touch your were provided. The battery in my torch keep going out and I was surrounded in darknes, which meant i had to swim in complete darkness. Which made things interesting. 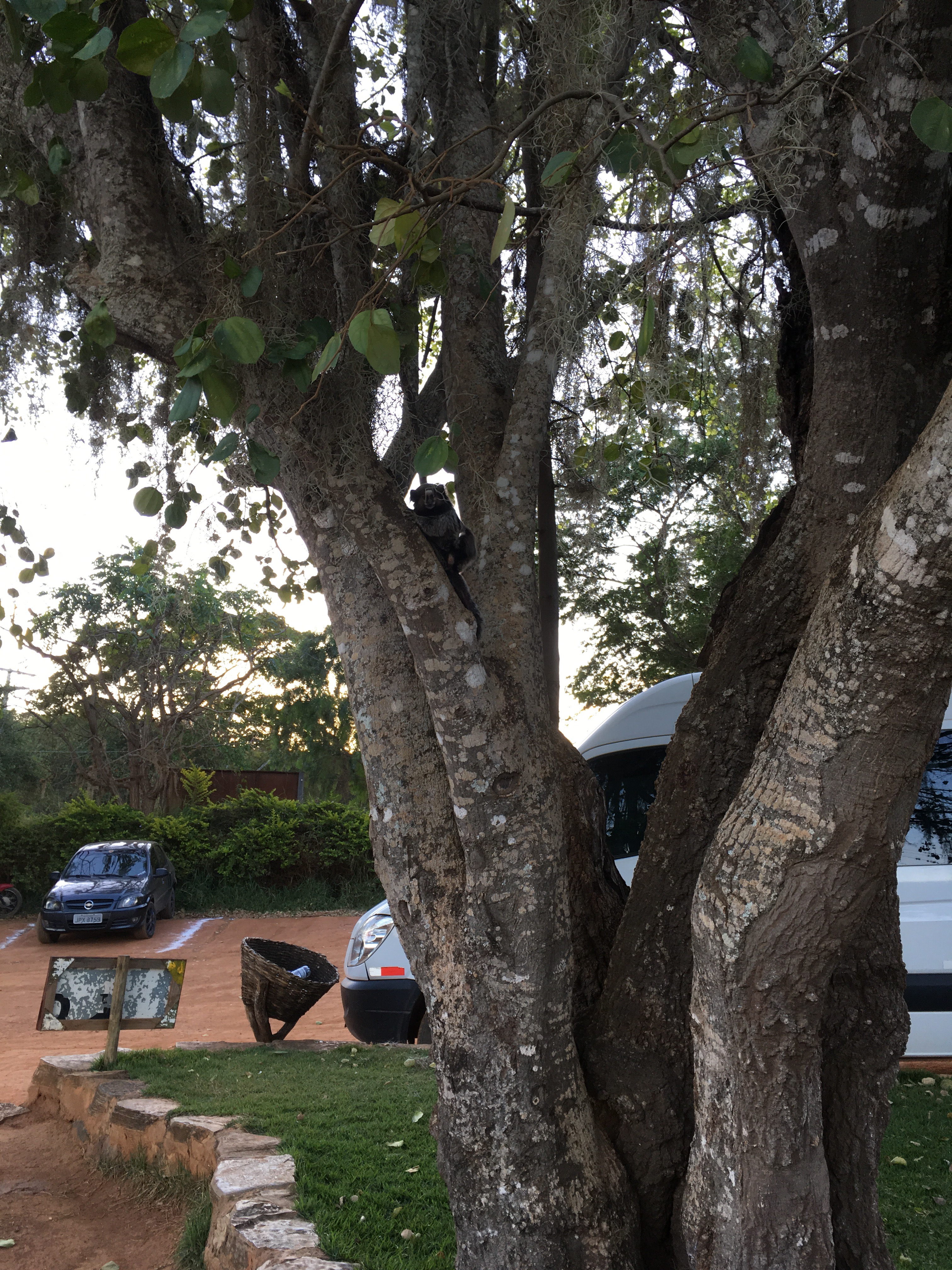 After all this, I was completely spent and returned to the van to get taken home. On the way back, I saw this lake, not even part of the tour but just stunning and felt truly at peace. Even saw this like monkey on the way back!
An amazing day, one I soon will not forget.