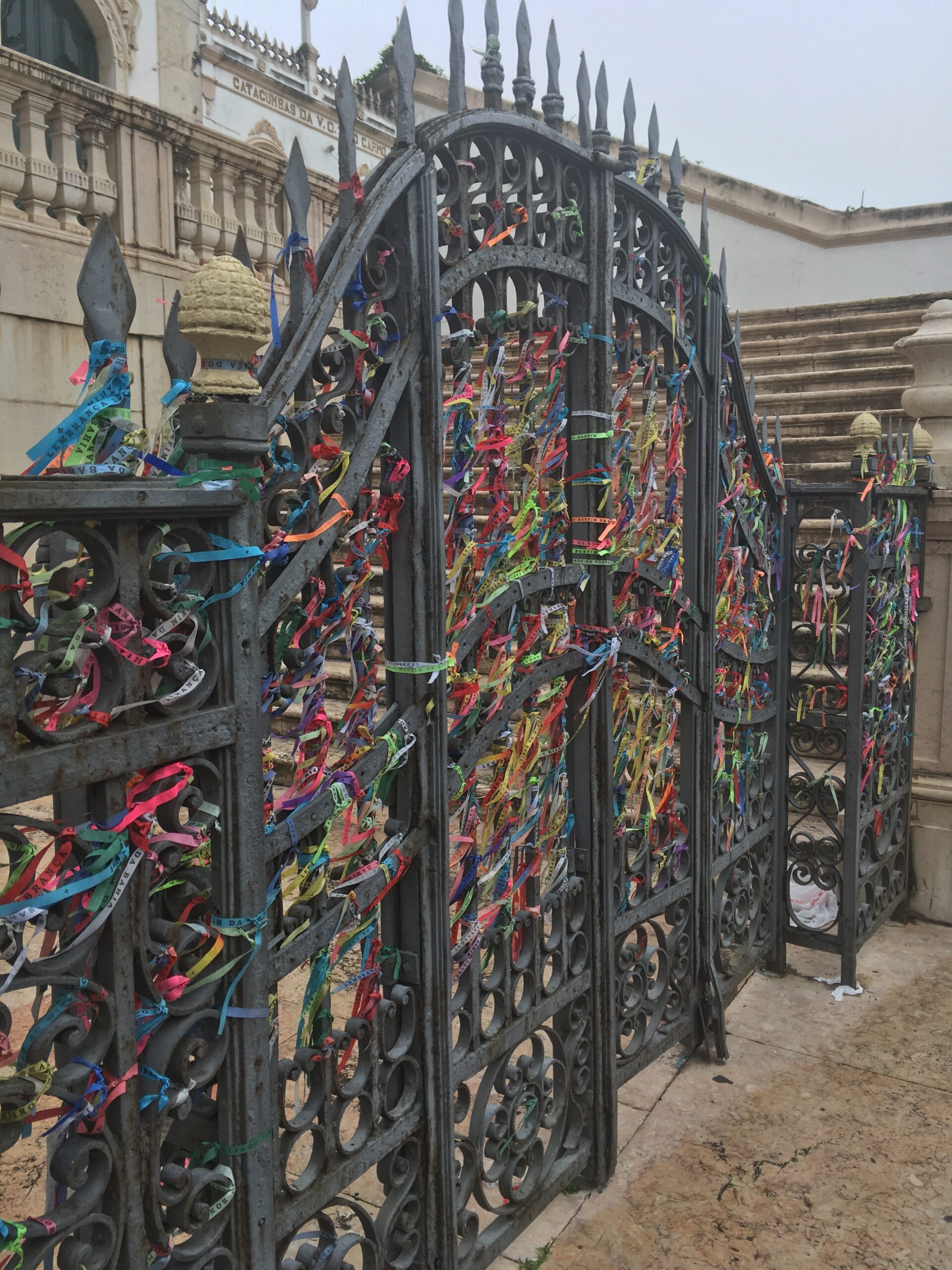 I got in late from an extremely expensive taxi ride to be hostel. My hostel is located in the historical part of Salvador. This area is world famous for it’s 18th century buildings and has even received funding from an international historical body. The area is so famous in fact, that all of the photos you see of the city online of the old builds could easily have been taken for a window at the hostel. However, the historical area of town is located between two of Brazil’s worst ghettos. In the historical area, there are police every 300 meters, armed to the teeth with guns and other weapons. However, if you walk for 5 minutes in any direction then the area gets very unsafe. Locals will stop you and say not to go down the end of roads. This gives you a feeling of being trapped in a 3 x 3 block cell, that if you walk out of, you will be mugged within minutes. This gave the city a vibe that wasn’t enjoyable. I was told about the person that ran the hostel, not to take anything of value out with me and to only carry as much cash as I need to eat / needed. The old buildings are really amazing, but I really would not advise anyone to go to this city for longer than a day. The feeling of being trapped and that the city was unsafe, very left me for a second.

To make a change from the horrible feeling of being in the city, I ordered an uber to the beach. This turned out to be a pain, as none of the uber drivers seem to understand how to get to the old city or are unwilling to come up the hill for it. It took 4 drivers to get to the beach. After getting there, I saw there was nothing special about the beach. Enjoyed a little time by the beach and decided to get some food. The first and only time while in Salvador, I found a nice restaurant and eat a meal. The restart was full of the local rich people, as every seemed very well dressed. It is very interesting to compare these iPhone using, well dressed young 20 something that as earlily be located in Spain or London, compare to the cleared drug filled homeless that are everywhere in Salvador ghettos. 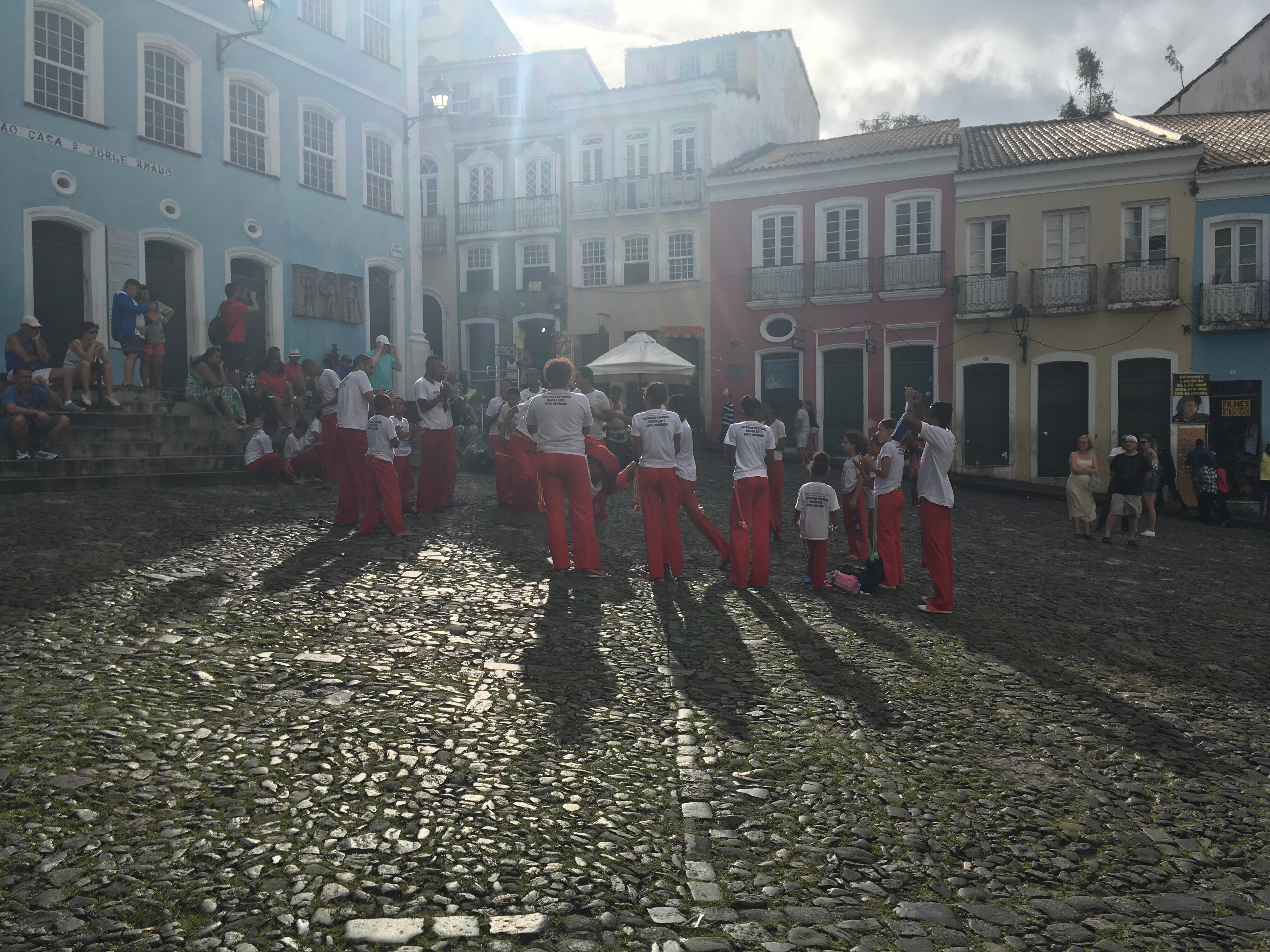 I have been told that the police present is only because the olyipics are currently on, that in a matter of weeks, the town will go back to the hell is used to be. Others have said that the police are currently in a all out war with the crime lords that run the town. That in fact the police are in the process of killing off the slum lords to make the city safer. I am not sure what to believe, I am just happy to get out of this crazy place. 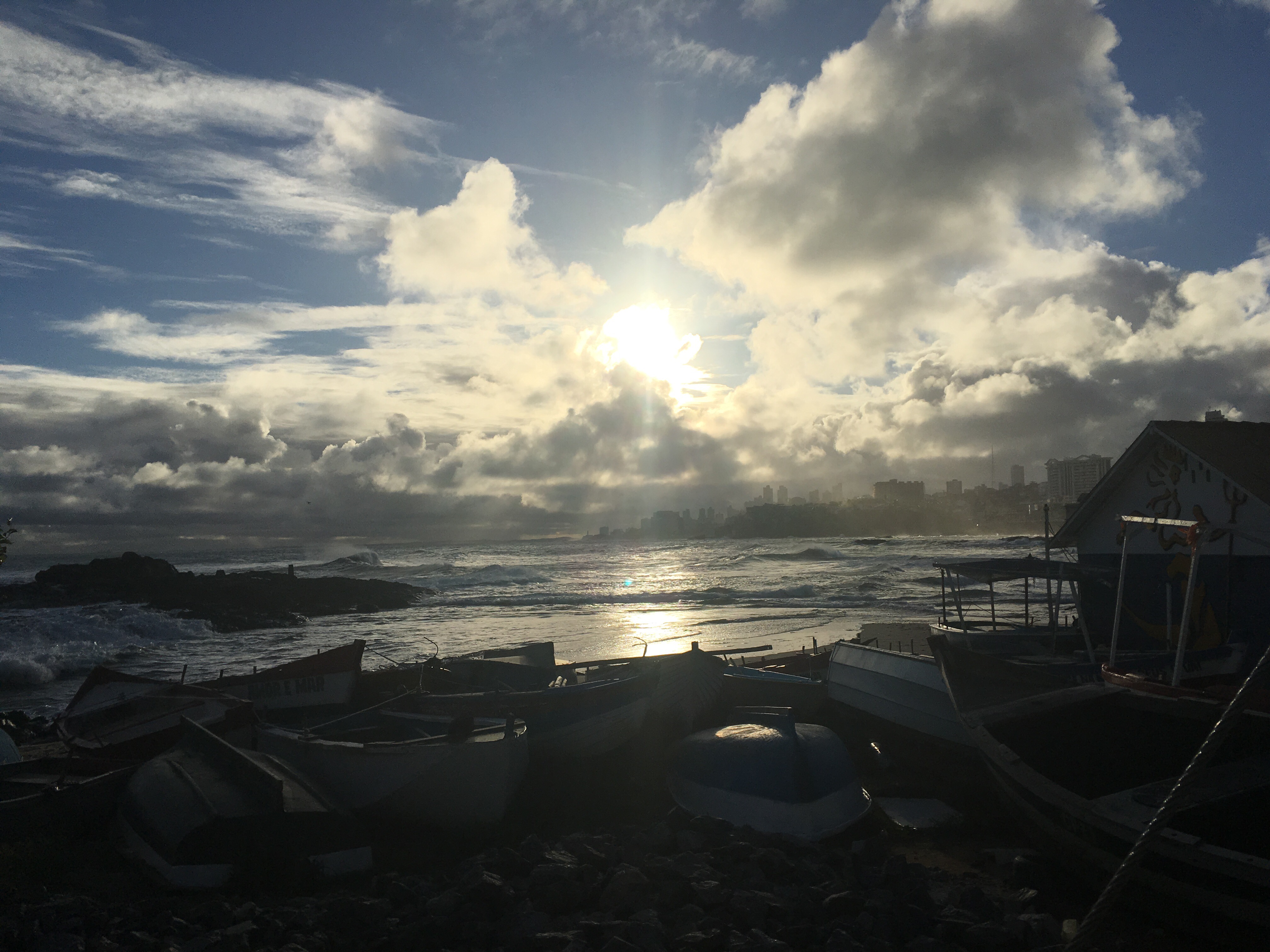 Getting a lot of early nights while in this town, down want to be outside when it’s dark.