Not a lot to report. Day 14 was taken up with a 7 hour couch ride to Salavador and the flight back to rio. I landed in rio at 11:00 at night and I had been there before i went straight to the bus terminal. However, what I didn’t know was that the buses stop at 10:30, so waited for 45 minutes before thinking to look it up on my phone. From there, I decided to get an uber to my hotel, which proved more difficult than I thought, as uber would not pick me up at the airport for some reason. So I decided to walk into the area where it would pick me up. This ended up being a stupid idea, as I had to walk (with my bags)  nearly two miles. When I did get an uber, the guy couldn’t find me and I cancelled the trip. I requested another uber, to have the same stupid driver try to pick me up again. This process of me requesting, getting the same guy and cancelling repeated 4 times, until I was starting to worry how I would get to my hostel after all. Then I remembered the uber has another setting for the type of car, once I changed it to uber premium there was then an option for uber english and I jumped to order that. The uber driver was nice when I got in. Offered me some water and everything. He seemed very worried about dropping me off at my hostel as “it’s a very bad part of town”. A comment, I found very unhelpful, with a hostel booked and it being 1:30 in the morning. He dropped me off and speed off as fast as he could.

Day 15 was similarly uneventful, with a bus that took me to the next stop on my trip, the island of ilha grande. After a peaceful bus and boat ride, where I mostly watched season 6 of suits I got to the island. After getting settled in, I had dinner on the beach. It was very nice, but I got the vibe that this island wasn’t really for me. Looking around, it was nothing but couples. Then I worked out what most of the people on this island were, hunny mooning couples. This made me feel like a right lemon, so I finished my food quickly and headed off. 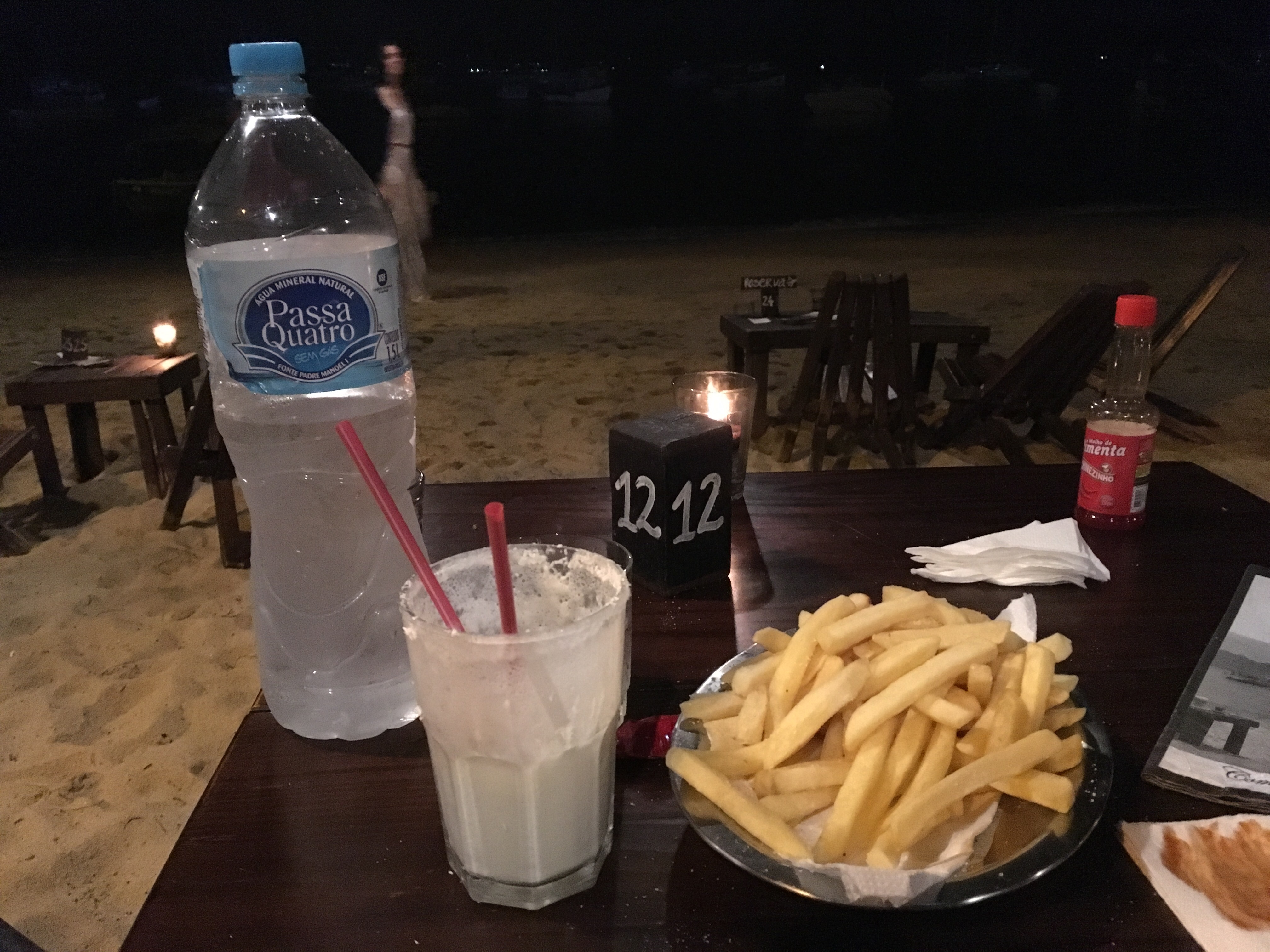 When landing on the island, I was told that the bar next to the dock was the source of the islands night life, so I decided to check it out. At 9pm it was still extremely quite and I didn’t meet anyone that spoke English that I wanted to talk to. There were a group of americans that seem like frat boys playing a drinking game, but I didn’t fancy talking to them. But as I already ordered a drink, I decided to hang around for a bit. After a while, I started to feel people were looking at me on my own and feeling a bit weird. But want of anything to do, I found an empty hamick and jumped in. I thought, “no one will question a man in a hamick, right?”. So I jumped in the hamick and got very relaxed. I woke up the the sound of a series of loud coughs. Over head was a very tall and angry looking black man looking down at me. I rubbed my eyes and looked at my watch. It was 1:20 in the morning. I had jumped in the hamkin at around 9:30 and just passed out. Looking around the bar / club, it was completely empty apart the staff looking bored at the edge of the dance floor. Clearly they were just waiting for the customers to leave before they could go home. Turning bright red, I quickly jumped out of the hamick , thank the owners and sheepishly walked home.

Tomorrow, I explore the island. Night all